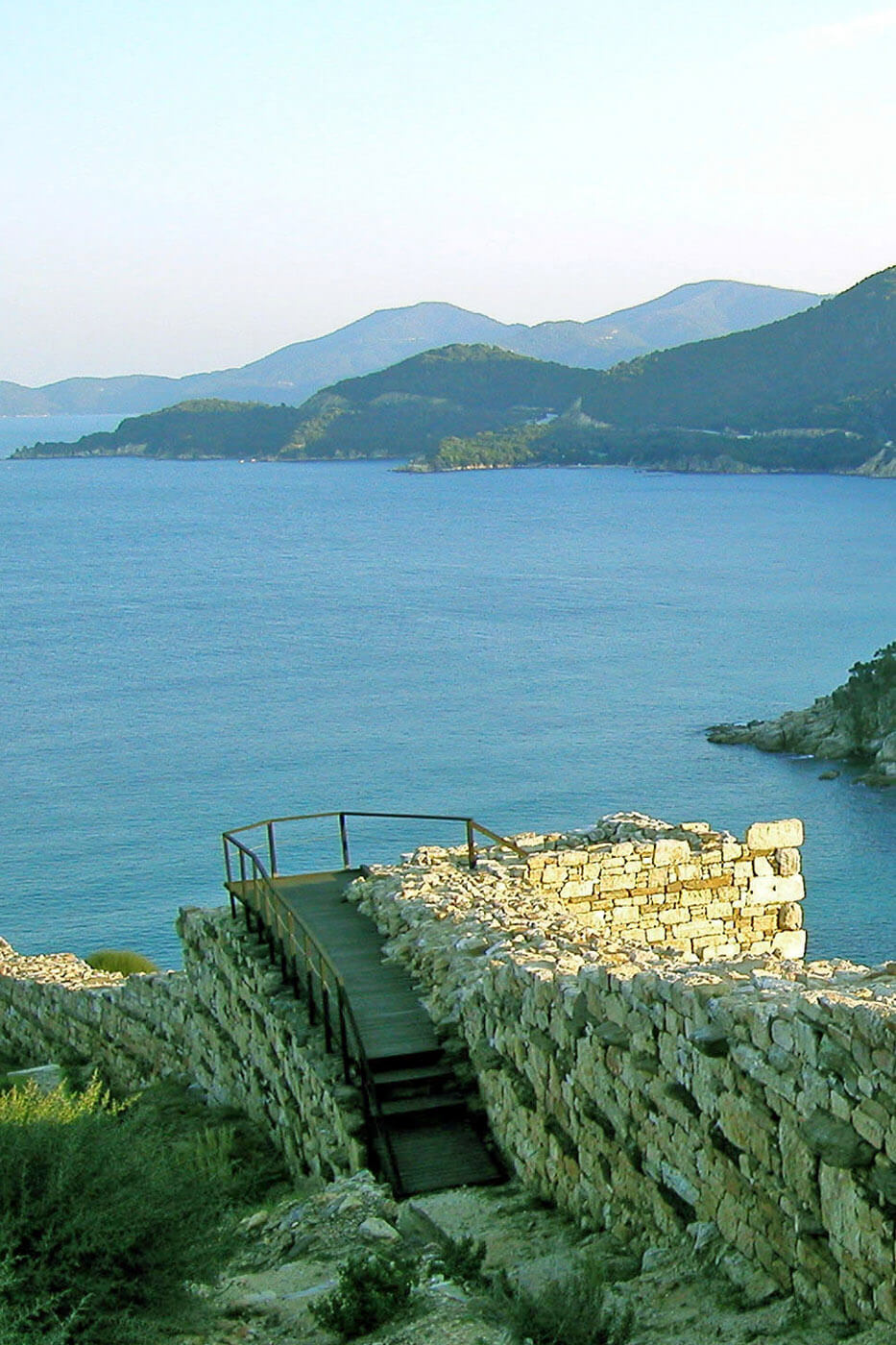 The birthplace of the philosopher Aristotle

“The birthplace of the philosopher Aristotle* was a colony of Andros, founded in 655 B.C. The first name of the city was Orthagoria.

Ally, initially of the Athenians and later of the Spartans, the city was occupied by Philippos in 349 B.C., after the destruction of Olynthos. Philippos, however, rebuilt the city in order to honour the great philosopher, tutor of Alexander the Great” 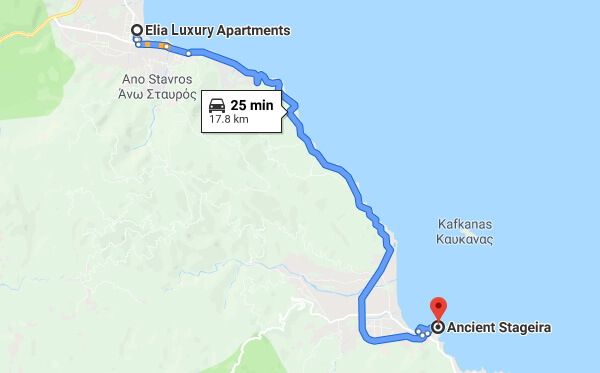